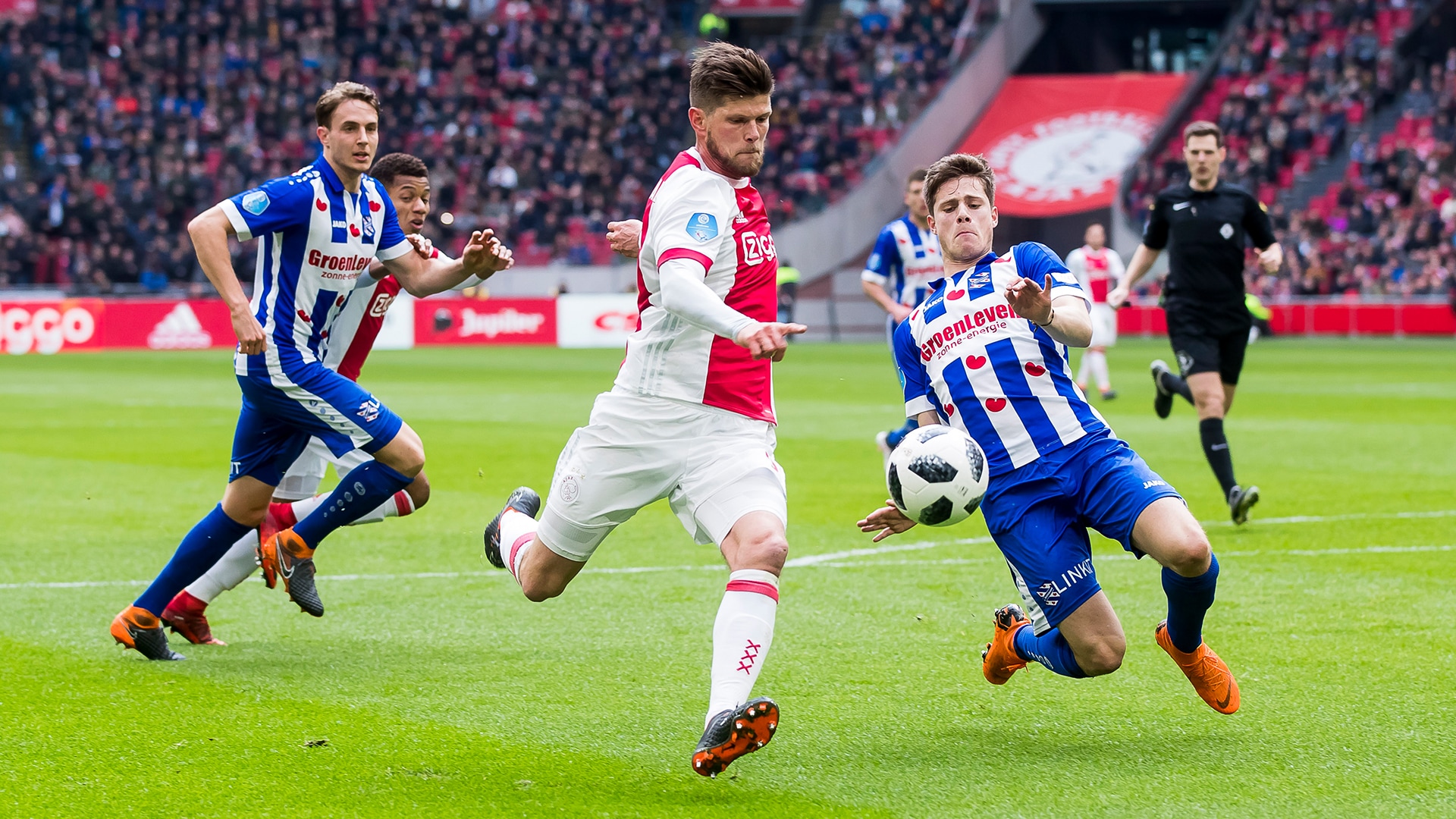 Football is one of the most popular sports in The Netherlands and Eredivisie is the Dutch top division of professional football. Founded in 1856, Eredivisie has 18 clubs, and collectively the league has produced many world-class players.

Addikt, along with Dog and Pony as part of the Grit.Network, were tasked to create an identity system for Eredivisie that represents its strong local roots and its formidable international presence.

Eredivisie’s ambition is to promote football as a connective force among the Dutch. Internationally, Eredivisie aspires to be one of the so-called ‘big five’ – Europe’s best and most compelling leagues (English Premier League, Bundesliga, La Liga, Serie A, Ligue 1). The challenge was to design an identity that addresses both ambitions at the same time.

We translated these two ambitions of the league, into two communication routes. ‘Eredivisie. Ons voetbal.’ – which roughly translates to ‘Eredivisie. Our Football.’ – expresses the spirit of the Dutch people, united by football. The second slogan, ‘Made in the Eredivisie’, celebrates the international players that the league has produced since its establishment.

Based on the two narratives, we developed an identity system that can be applied across media. 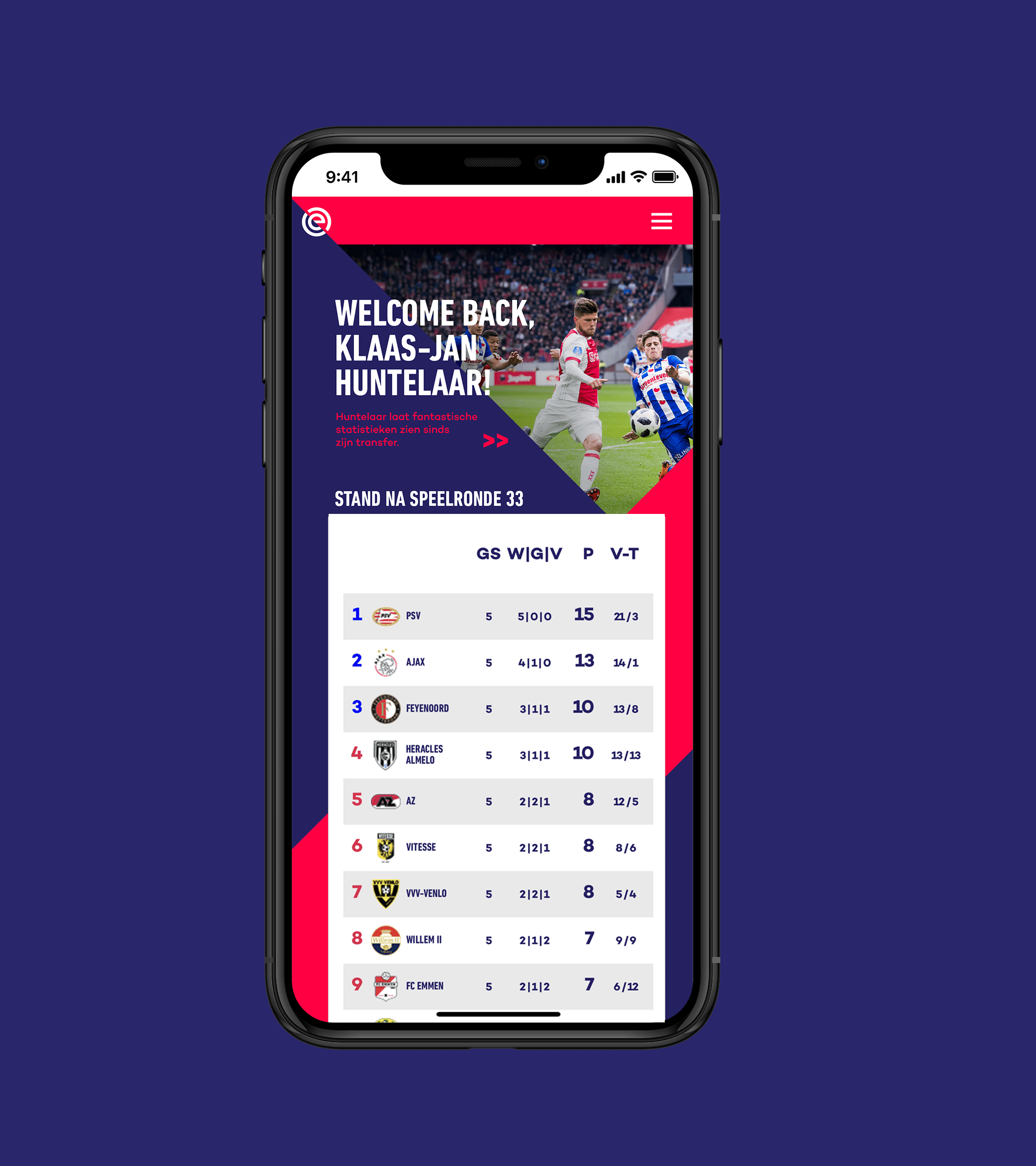 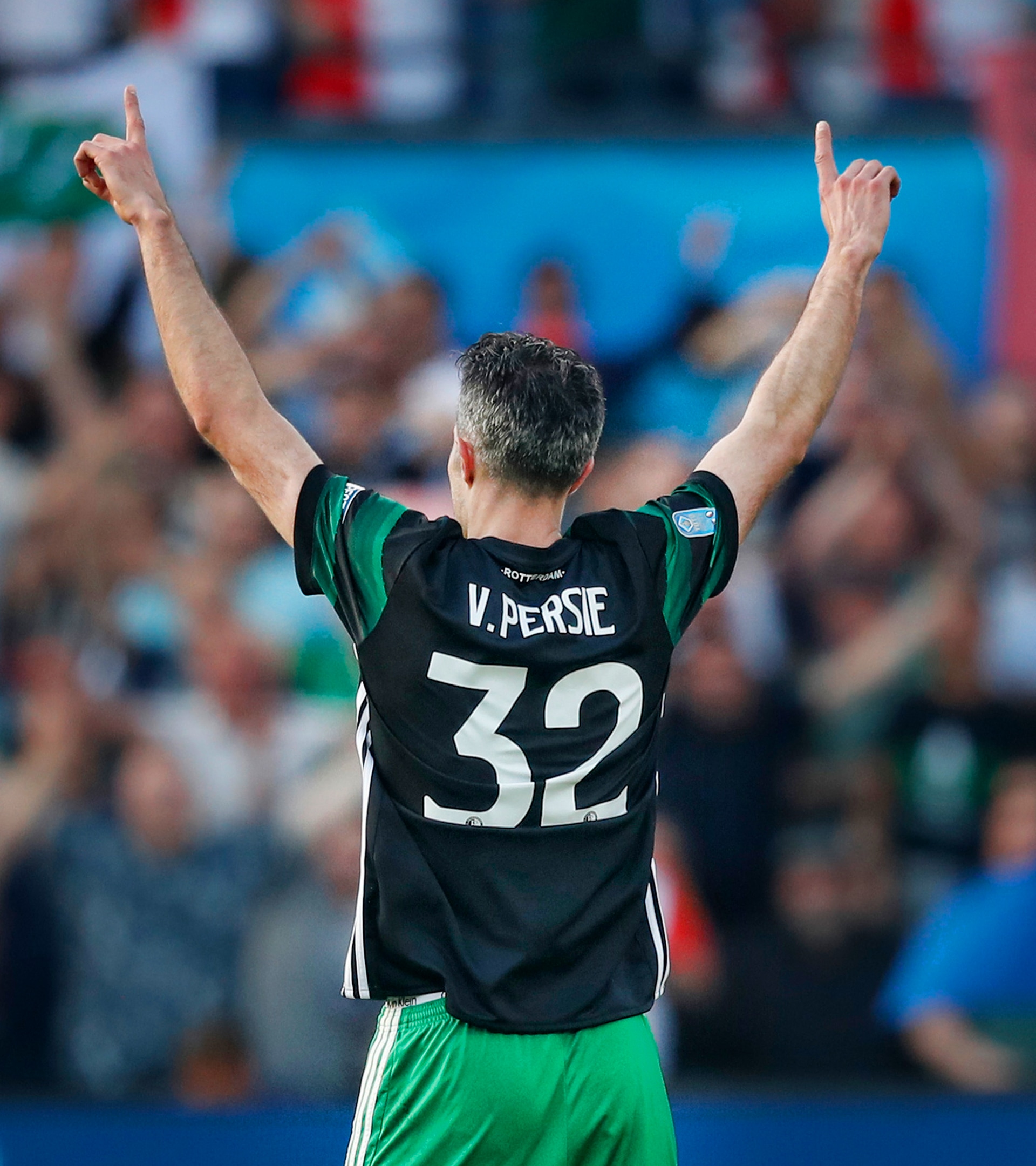 The distinct visual identity establishes the local connect of Eredivisie and highlights its international ambitions, to be one of the ‘big five’.

It’s important to note that the identity for Eredivisie had to be implemented by several broadcasters in their programming. Hence, we created an adaptable visual identity, fit to be broadcast across platforms and used by many people.

The new identity and logo are constructed around the E icon, an abstraction of the center mark on the field – this was the starting point of a visual language that works on all platforms.

The diagonal line symbolizes the emotion and involvement of the crowd, and in motion the diagonal slices the screen, text or footage and reveals content. 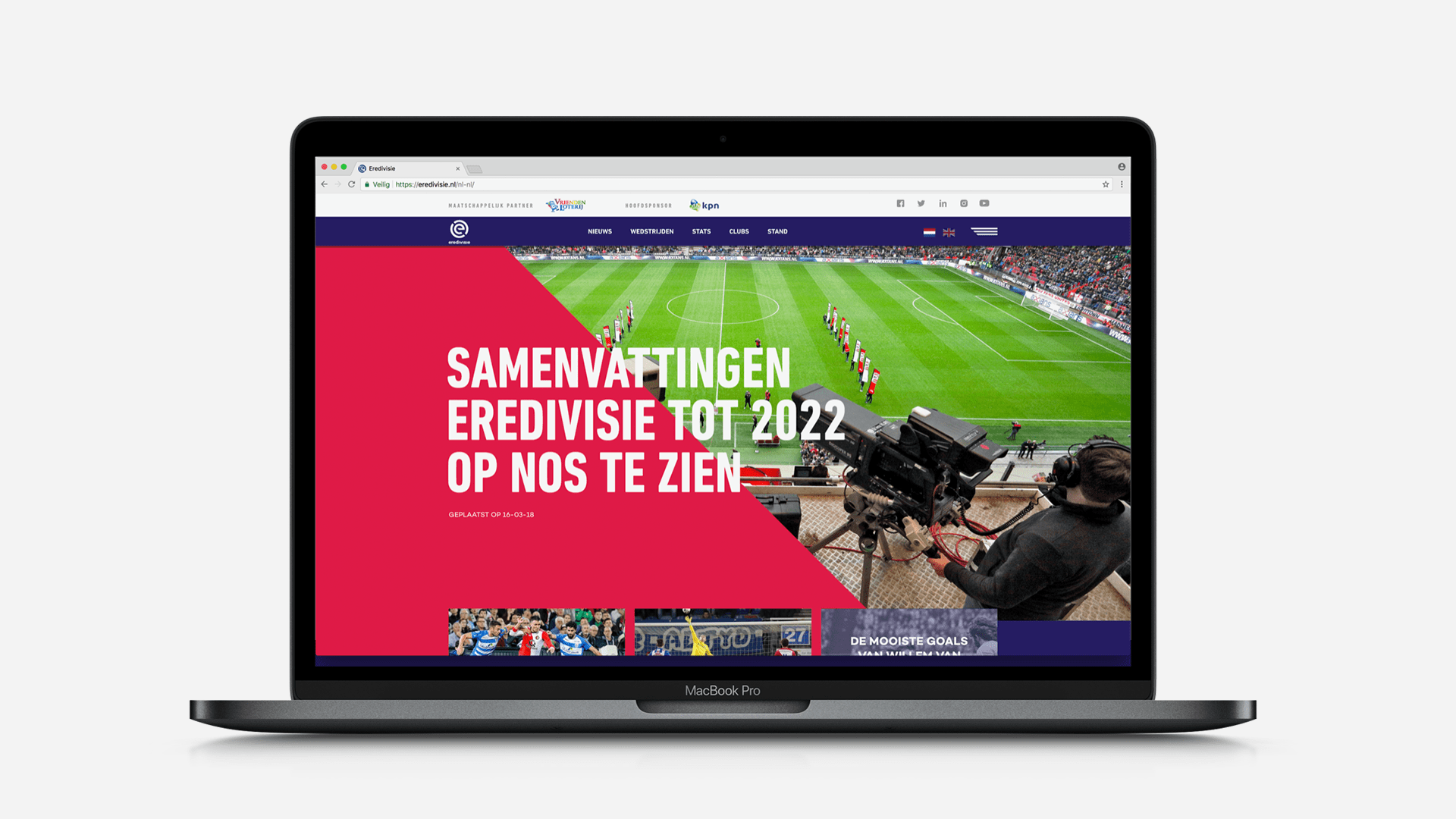 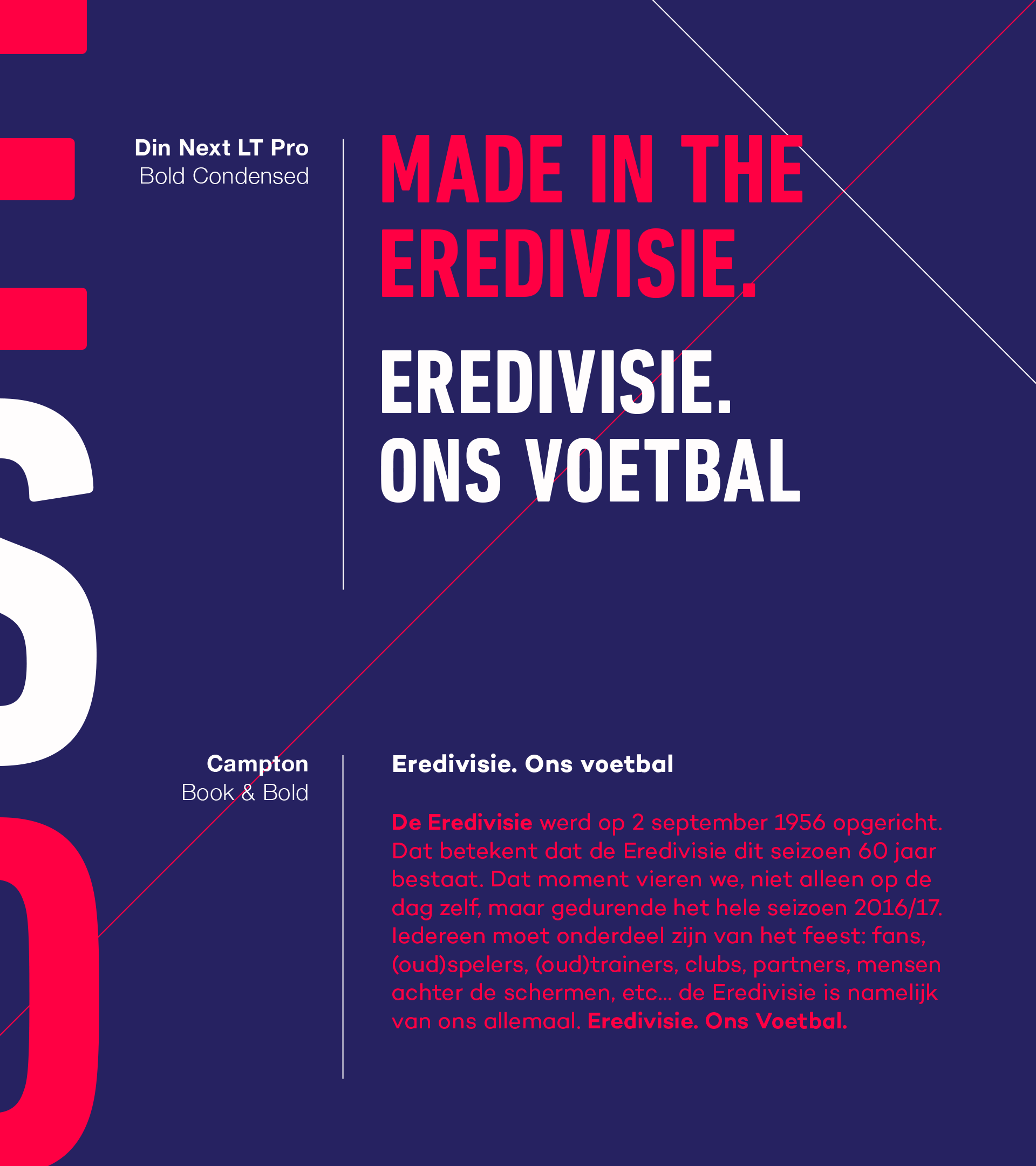 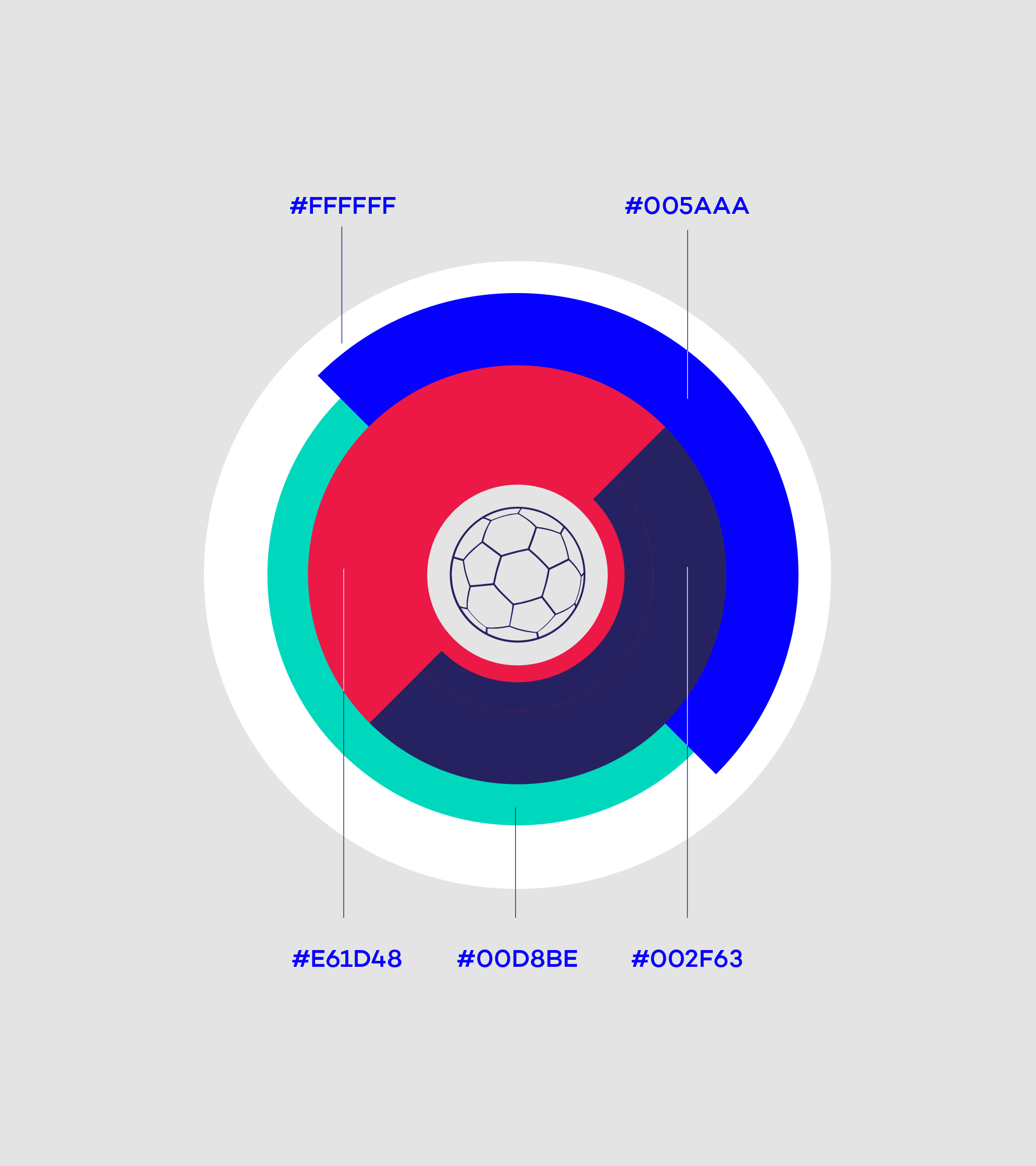 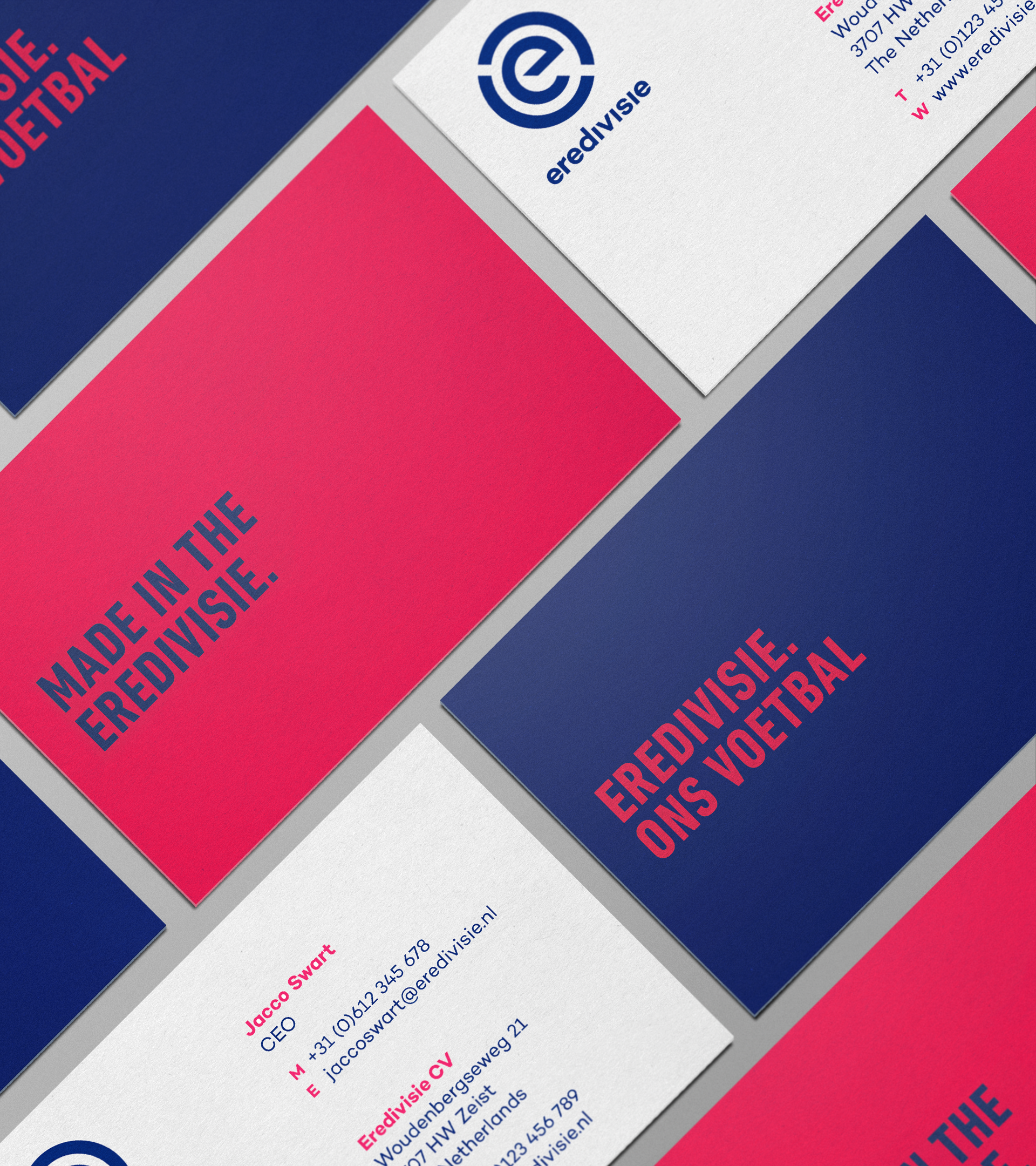